Hue Traditional Craft Festival in 2019 with the theme “Quintessence of Vietnamese Crafts” promises to bring many attractive impressions.

Through the organizing periods, Hue Traditional Craft Festival has continuously innovated in both the organization and content of the programs. Besides the meaning of creating an exchange space between artisans of traditional craft villages in Viet Nam and around the world, this is also an opportunity to help the younger generation to proudly follow his father’s and introduce and promote literature. Viet Nam to the world. 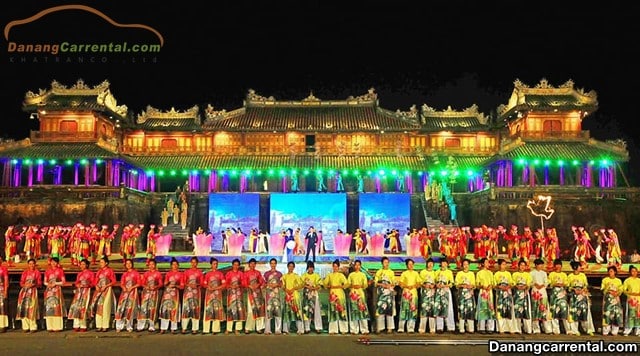 Festival is a word that derived from Latin word – Festivus, used in English and French in the medieval period, meaning Holiday, Festival, Music Festival. The first festival in Viet Nam is the Viet – France Festival, it was held in 1992 between Hue and Codev (France), in Thua Thien Hue province. In October 1998, the Government decided to allow Thua Thien Hue province to coordinate with the French Embassy to organize Hue 2000 Festival in Viet Nam. Since then, through 7 period of organization, number of art troupes, traditional products from different countries have increased. The programs have left many good marks. 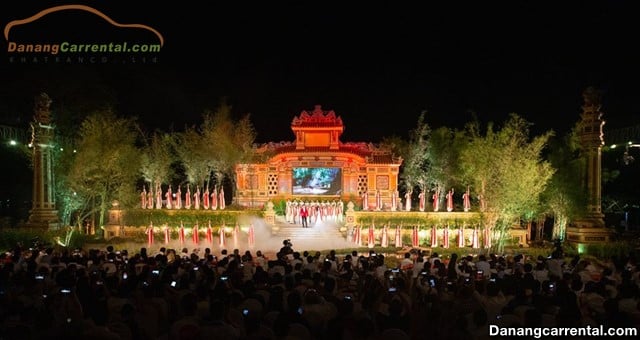 Hue Traditional Craft Festival 2019 with the theme “Quintessence of Vietnamese Crafts” will take place from April 26, 2019 to May 2, 2019 in Hue City. On this occasion, the program is associated with a number of significant historical and cultural events such as: Anniversary of 230 years Nguyen Hue won the Thanh army (1789 – 2019); 120 years of building Dong Ba market and Truong Tien bridge; 120 years of King Thanh Thai established Hue town (1898 – 2019). In addition, the festival also has the participation of many cities in the world that have relations with Hue city.

Hue Traditional Craft Festival 2019 – a place of convergence and an opportunity to help many craft villages “arise”.

After each organization of Hue Traditional Craft Festival, many products come from craft villages all over the country and the world has the opportunity to display and advertise such as Bamboo weaving of Bao La Village (Quang Dien); needlework, bronze casting, jewelers (Hue), Zèng weaving profession in A Luoi; My Xuyen carpentry (Phong Dien),…
Many traditional villages thought to have been eroded over time but when participating in the festival program, they had a chance to revive. It’s easy to understand, because coming to a grandly decorated space with visitors from all over the country, the world visited, many craft villages have signed many big contracts right after the Festival, the Zèng A Luoi weaving profession is one example demonstrates that. Participating in successful promotion in Hue Traditional Craft Festival 2015, to Hue Traditional Craft Festival 2017, the craft village has been recognized as an intangible national cultural heritage.

Hue Traditional Craft Festival 2019 continues to have the participation of traditional villages in the world such as Japan and Korea: Korean traditional costumes with natural dyeing products, traditional paper making and Japanese ceramics and many other sophisticated traditional handicrafts,…

At this Hue Traditional Craft Festival 2019, the organization board particularly interested in building the program content and layout of spaces to promote the uniqueness and sophistication in products and the participation of some traditional craft villages for the first time. such as: lotus silk weaving by artist Phan Thi Thuan (Hanoi, VN), lotus wine, lotus tea, lotus painting, lotus leaf cone, lotus fan … and many other lotus products of Hue and Dong Thap, Ho Chi Minh City.

Also at this year’s program, Hue Traditional Craft Festival 2019 will organize the promotion of the Traditional Medicine Industry of Hue in the form of medical examination and treatment, displaying the talents of Oriental medicine doctors to domestic and foreign tourists.

In particular, the service of fast-wearing Ao Dai to promote long -standing tradition of Hue and Viet Nam will also be advertised in Hue Traditional Craft Festival 2019. 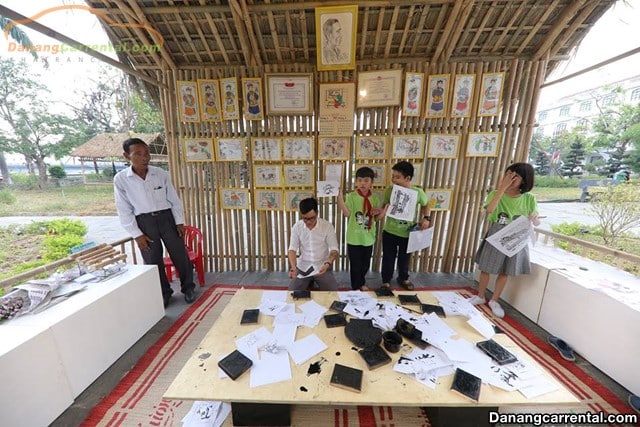 The bustling atmosphere of the traditional craft villages in creating new products with more beautiful and strange designs and catching – eyes to stimulate curiosity, make a mark for each product in the eyes of tourists.

In addition to the programs that leave the impression in previous festivals such as Ao Dai Festival, Food Festival, this year there will be an additional Flower Festival and International Air Balloon Festival in Hue. Especially, on the night of the Light Festival held on the evening of April 27, it will bring a dreamy Hue between sound and light combining the fancifulness of the colorful balloons that represent 10 countries in the world on the Hue sky.

It’s not only that, poetic space on the streets of Hue city is also decorated in detail, creating comfort for visitors and convenient for organizing programs during the festival. These are the roads on the South and North banks of the Huong River connecting Chu Van An street – Pham Ngu Lao street – Vo Thi Sau street,….

Learning from previous programs, Hue Traditional Craft Festival 2019 is planned, elaborately prepared and has many innovations and creations. Communication and promotion of festivals have also been developed professionally and varied in form. This is not only a space for each traditional village booth to promote the sophistication in its products but also a place where we are proud of the beautiful, ancient and friendly of local people before friends in the world.

We hope that this article will help you to take a plan for the next trip to Hue. If you have needs for rent a car in Hue or some necessary information for famous attractions, let contact us now. For more specific advice or rent cheap car to visit famous sites in Hue, do not forget to contact us via hotline Ms Katharine (+84) 916510201 or (+84) 34 797 6789.

Wish you and your family a happy journey and many memorable experiences in dreaming of Hue city.

Hon Chen Temple – Monument Associated With Many Anecdotes In Hue